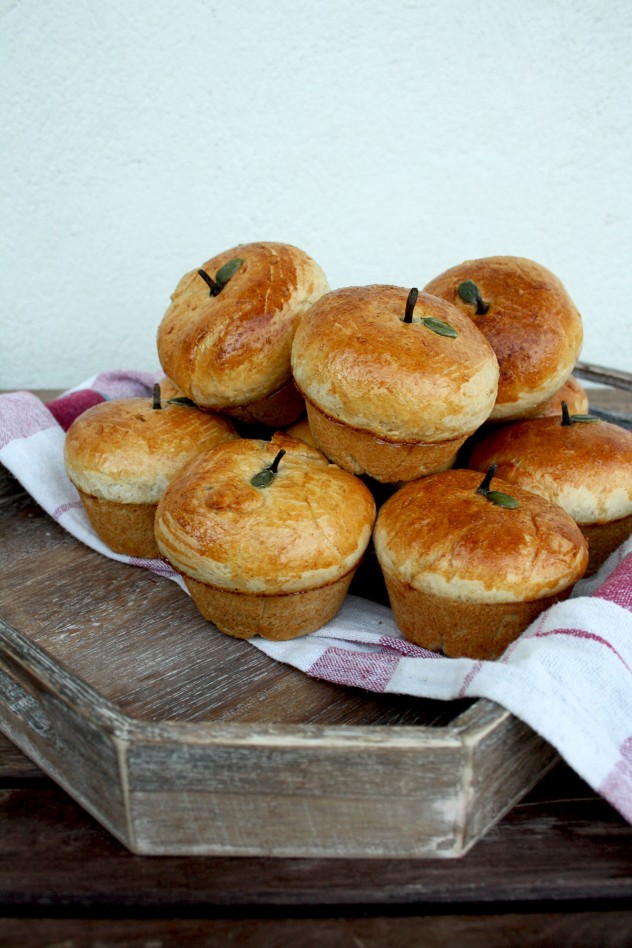 Aren’t these Russian apple cinnamon cupcakes cute? They look like apples and they taste like an apple pie. The whole Christmas baking thing has just started and I can see pictures of chocolate chip cookies 5 times a day on the internet. Here is something different for you to bake in December: Russian Apple Cinnamon Cupcakes. 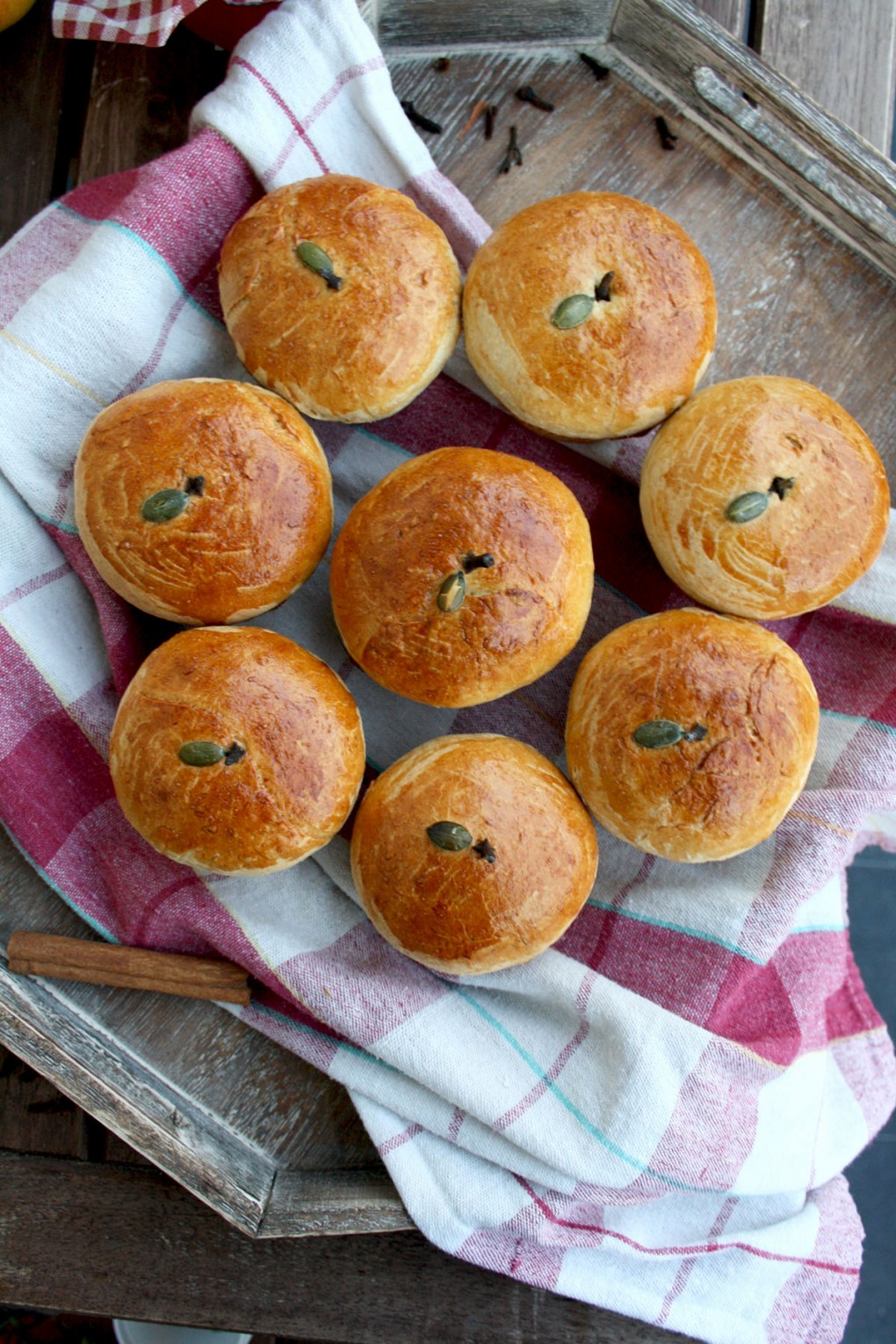 They are cupcakes because they are baked in a cupcake form and they are Russian because I used Russian-style yeast dough, which smells so good when you open your oven and take them out… Smells like warm cozy home and childhood. The decor is so simple and yet I think it’s quite cool: just a clove and a pumpkin seed.

Apples are in season right now, so I can see no reason not to bake these cuties one more time. Or maybe two. You know a saying: An apple a day keeps a doctor away? It might not be about cupcake apples but I don’t care. They are so delicious and they look adorable!

The baking process is easy if you know what baking is all about. You make the dough, let it rest, prepare the filling, divide and roll, stuff, decorate, bake. It takes a while to make them but it’s worth every minute. My husband’s eyes lightened up when he first saw these apple cinnamon cupcakes. They are so cool indeed! They are fluffy, moist, crunchy and they taste like an apple pie. They are great to take away, too. Pictures are better than words in this case. Just look at them! Check the recipe below for precise instructions. Don’t forget to remove the clove before eating. Happy baking! 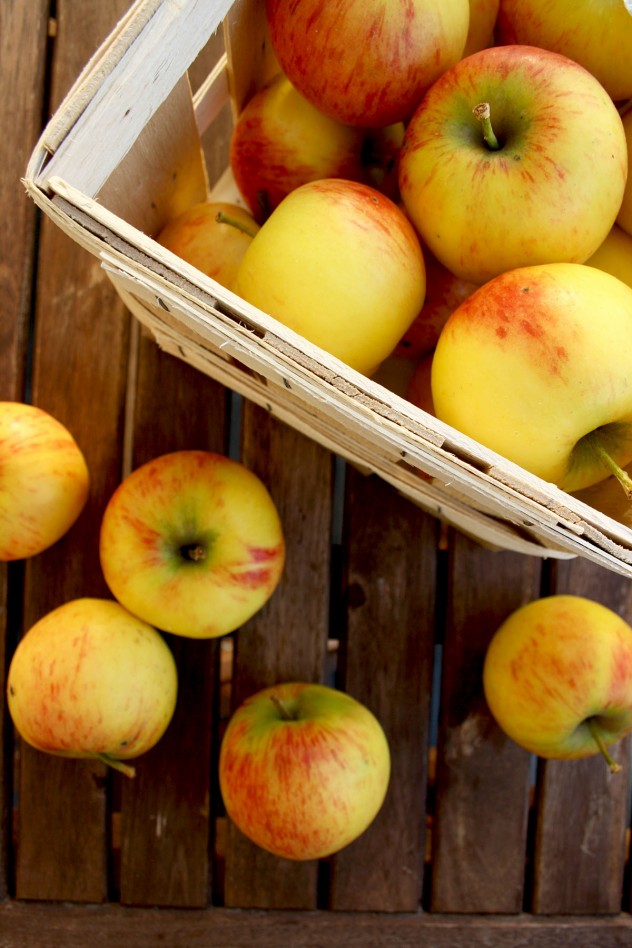 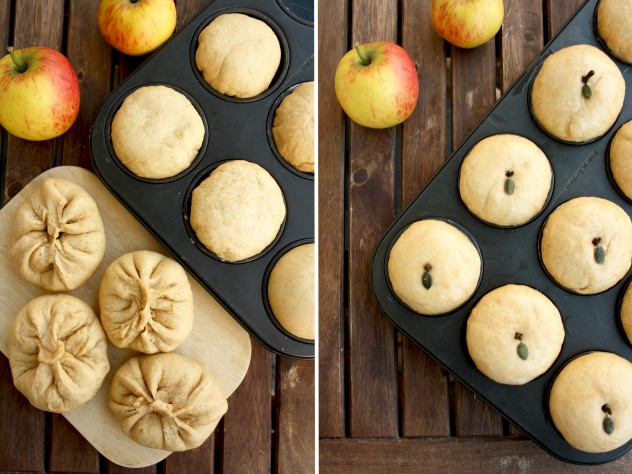 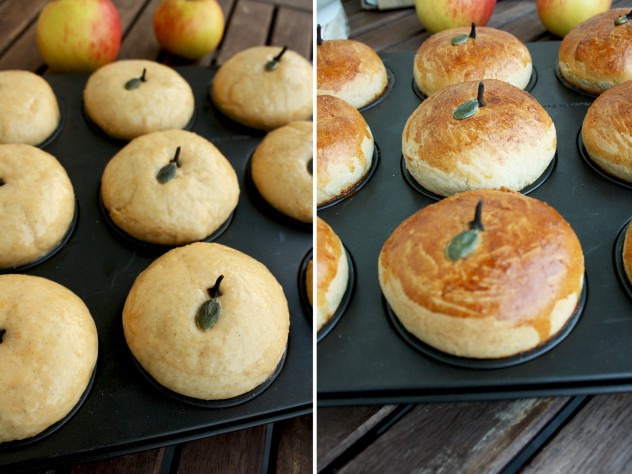 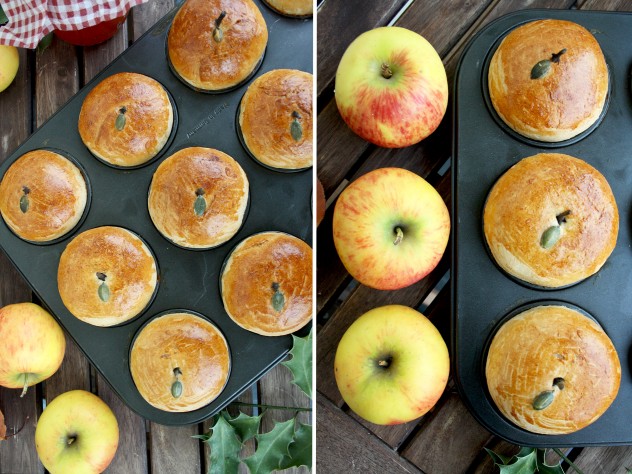 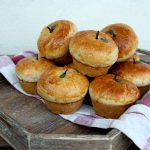 This recipe makes 12 cupcakes. Store them in the fridge in an airtight container for up to 4 days. 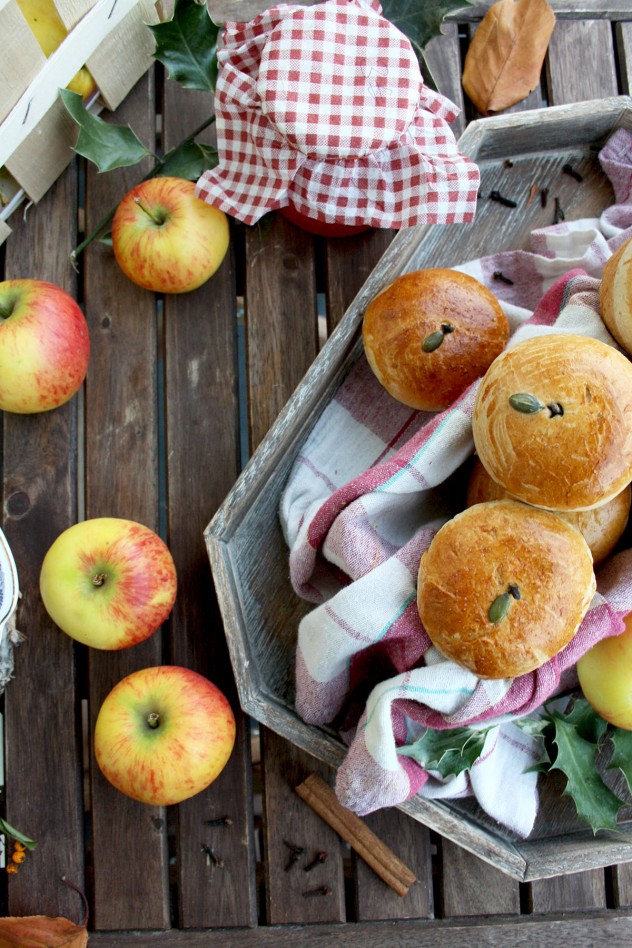 What do you think about these Russian apple cinnamon cupcakes? Would you bake them?
I have one more amazing recipe for you: Pumpkin Yeast Bread in a Jar!

I made these last year And i love them so much Im going to make them again this year!

That's so nice to hear, Persephone! It's an old recipe and I almost forgot about it although these cupcakes were really yummy. Have to make them again soon! Thank you for your kind feedback ;)

I love this recipe, something completely new for me. :)

Thank you, Adina! I encourage you to try it, you won't be disappointed! :)