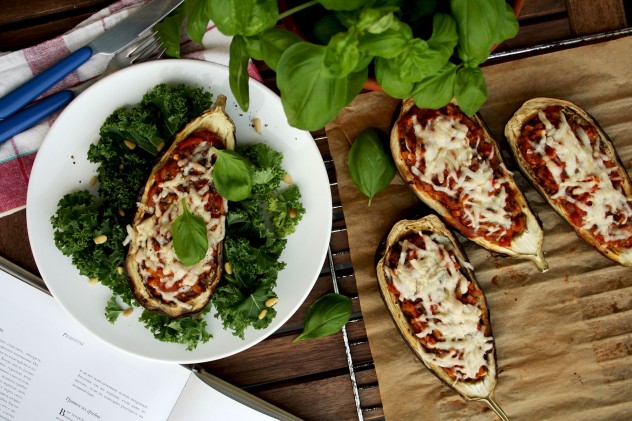 You most likely heard about the horrifying tragedy that has happened last Friday in Paris. It has touched my heart so deeply that I can’t stop thinking about it. I have something to say about it not as a political scientist, but as a citizen of a country with long history of terrorist attacks. I remember the 8th of September 1999. I was a little girl, eating my breakfast before going to school. I was with my grandparents, 40 km from Moscow and my mother was in Moscow, 500 meters away from the epicenter of an explosion. More than 100 people died in their sleep. I remember my grandmother trying to call my mom. I remember how horrified we were and what a relief it was afterwards, when we finally have reached her, but at the same time our hearts ached for those who died there. I remember four skyscrapers built on the bones of those who died. I’ve heard that flats there were sold for half price because the demand was too low. I remember other terrorist attacks in Moscow. One was a theater hostage siege in 2002, 6 kilometers from where we were living at that time. There were 130 victims. I remember I didn’t go to school for several days, watching TV broadcasts non-stop. I remember several days of negotiations and terrorists demanding to withdraw Russian troops from Chechnya. I remember Russian journalist and human right activist Anna Politkovskaya holding negotiations with terrorists. I remember she was murdered 4 years later. The murderer was never found.

What I’m trying to say is that I can understand what French people are feeling right now. Life is so unpredictable and often times so violent and so unjust. Maybe it’s been said one thousand times, but human life has always been so unimportant. People kill other people in revenge, in the name of religion and during wars. Taking these three reasons, what do you think is the case of Paris attacks? Can we count these 150+ dead people as war victims? Can we live our lives in the same way we lived them before realizing that we can be attacked any minute? Hatred produces hatred, violence produces violence, rage and anger produce rage and anger.

It’s a mere coincidence that I’ve planned to post this exact recipe today. I adopted it from a book “Les Carnets de Cuisine de Monet” (The Kitchen Diaries of Monet). The great French impressionist Claude Monet had moved to the small picturesque village of Giverny in 1883. Monet appreciated natural harmony and good taste around him. He also liked to receive visitors and had splendid meals together with Clemenceau, Renoir and Cezanne. He offered his guests the best French dishes you can imagine. Some of them are presented in the book.

You imagine the sorrowless, peaceful and restful life he was living there. You can also imagine that everyone has melancholic moments and dreadful memories of the past. We all continue with our lives, we will create art and lead the technology. And somewhere in the world people will die. You can do something right now to make it less harsh. Care about your loved ones. Be patient and be reasonable. Think about the consequences of your actions. Don’t hate and don’t ignore.

I have a great respect for those of you who took their time and made it until the end. I couldn’t ignore this tragedy in my blog and just post a new recipe like nothing has happened. I have special love for France, as I was studying French for many years and used to speak it much better than English. I love French literature, art and language. I love that the idea of liberté, égalité, fraternité still means a lot for French people.

As for the recipe, here you go. Meet French Stuffed Eggplants Monet was cooking for his guests. I’m sure you will love this recipe, too. As usually, I adopted it to a more healthy version. 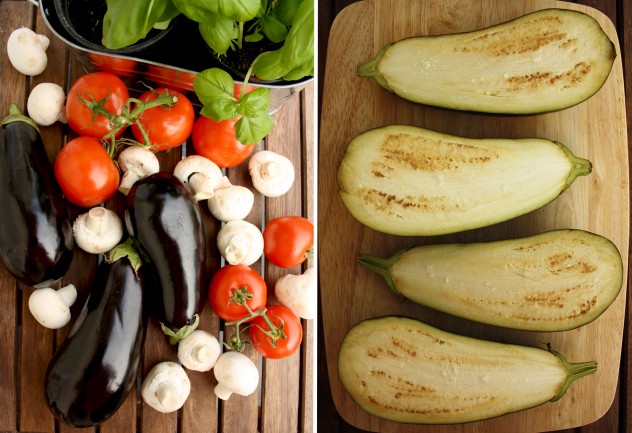 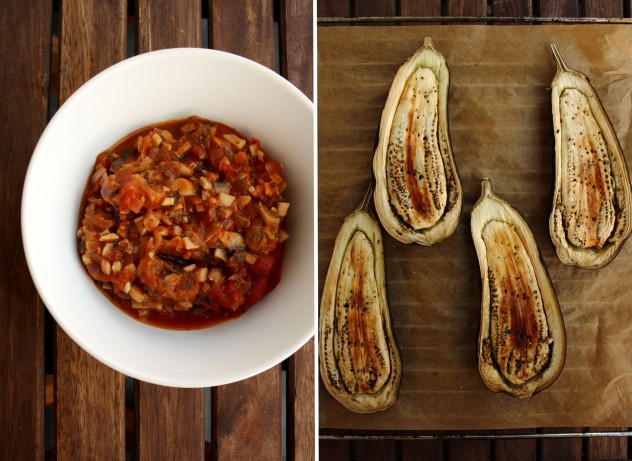 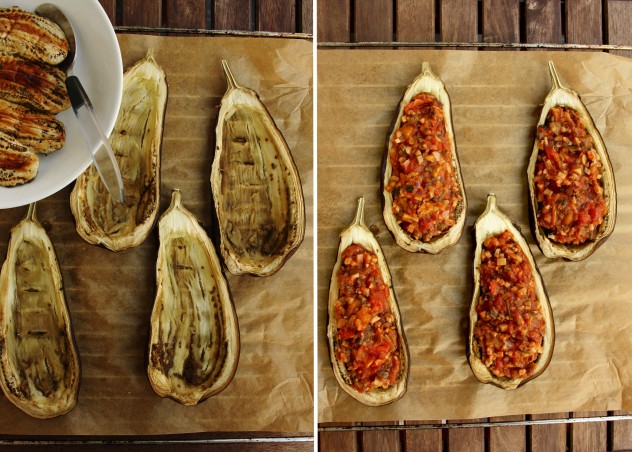 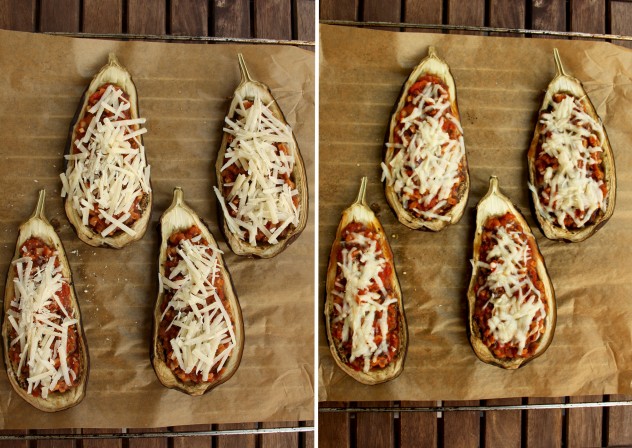 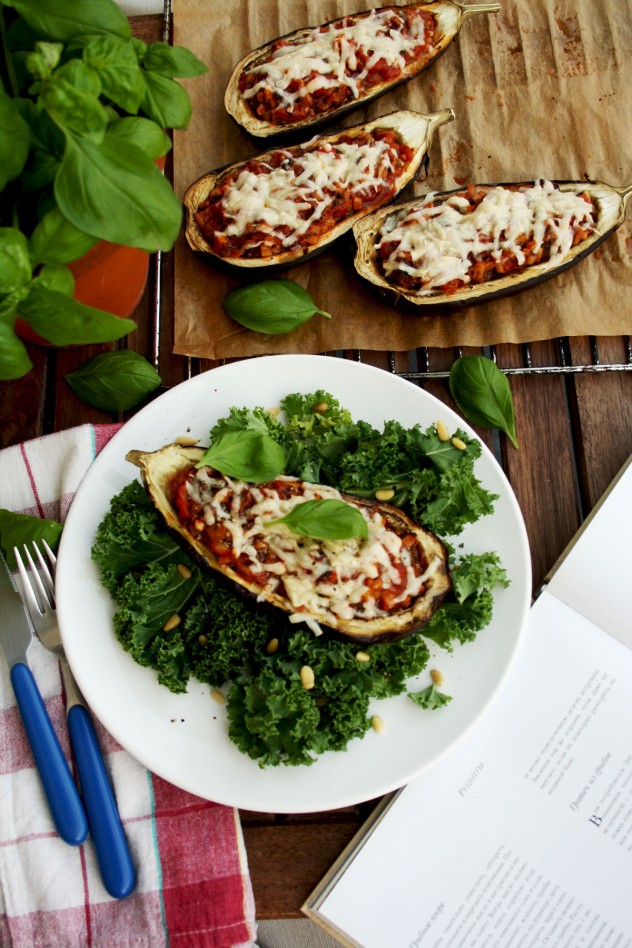 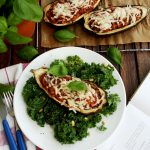 Tried this recipe?Follow @happykitchen.rocks on Instagram and show me the recipes you are making from my blog using the hashtag #happykitchenrocks! 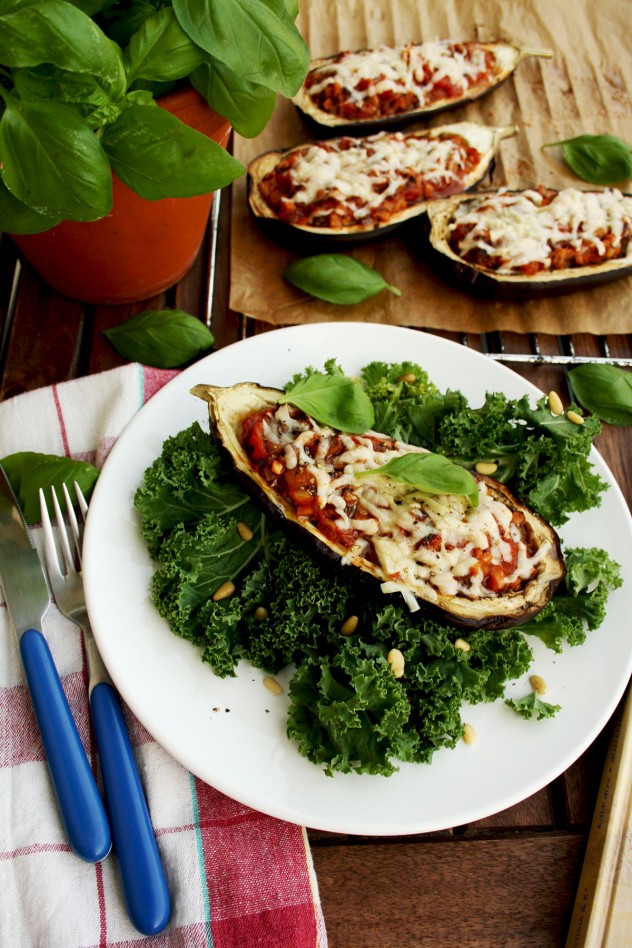 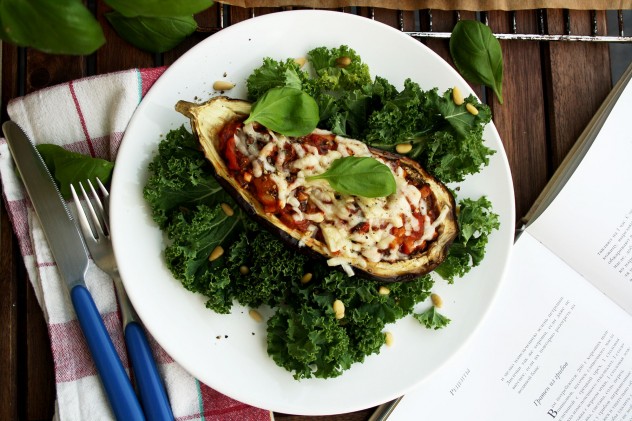 Ksenia @ At the Immigrant's Table

Elena, thank you for touching upon this tragedy with such candour and sensitivity. It's refreshing in the sea of fear-mongering Facebook posts, and what appears to be a competition for whose sorrow is greater. Once again, thank you.

I'm glad that it was refreshing for you! These Facebook battles became incredibly annoying and mostly pointless. No more battles for me