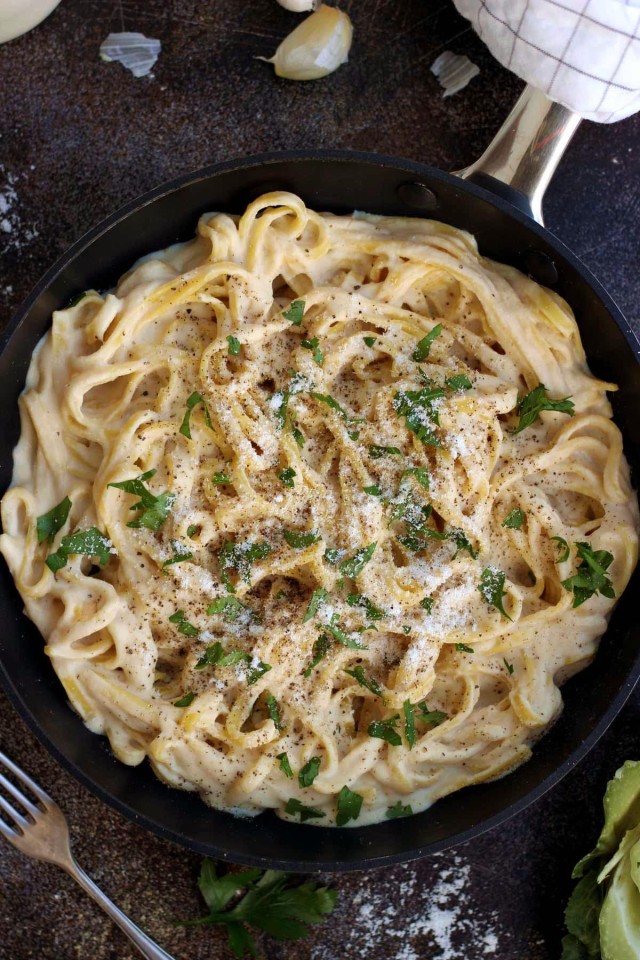 Let me just say, I love pasta dinners! The creamier the better. Bonus point if you can sneak veggies into it. Remember my healthy pumpkin pasta with spinach and mushrooms? If you love it, here is another veganized comfort food favorite for you: Vegan Fettuccine Alfredo.

The recipe I’m sharing with you today recipe was created by Sam Turnbull, a vegan blogger behind It Doesn’t Taste Like Chicken. You don’t have to be a vegan to fall in love with her new cookbook Fuss-Free Vegan.

She veganized her favorite comfort food recipes, from pancakes and breads to jalapeno poppers, mozzarella and crème brûlée. 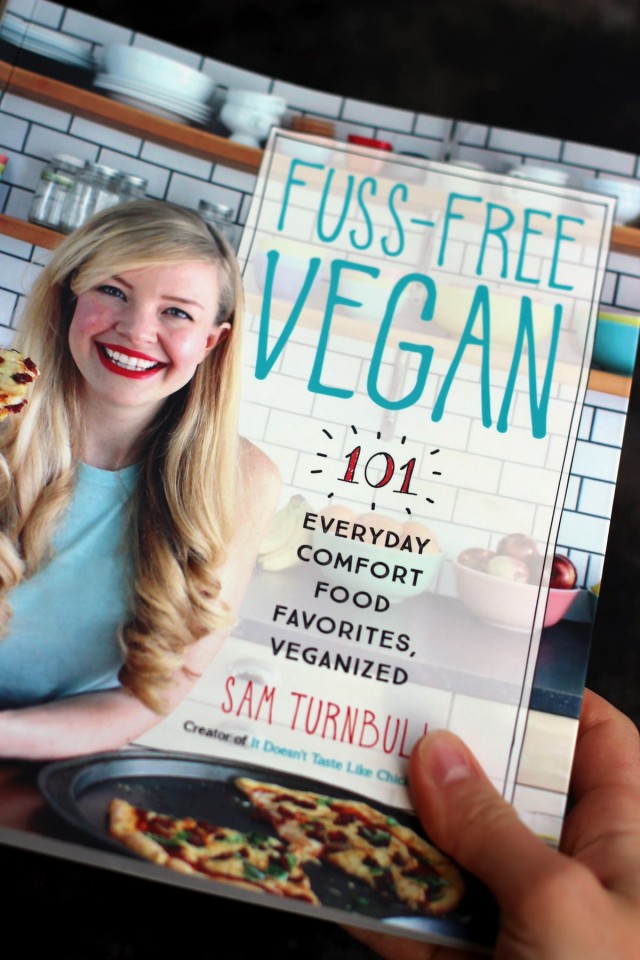 Sam shares quick and easy familiar meals like burgers, pastas, soups, cupcakes, cookies, burritos for everyday cooking. What I found useful was her vegan pantry must-haves. Liquid smoke was a discovery for me (think vegan bacon!).

One of my favorite sections of Sam’s book is vegan staples! If you are a cheese lover going vegan, you’ll love it too!

Vegan bechamel, feta, mozzarella, ricotta, mayonnaise, sour cream, gravy (hello, Thanksgiving!), parmesan and heavy cream all made from scratch with simple ingredients you probably already have in your pantry. Spoiler alert: Get your cashews ready! 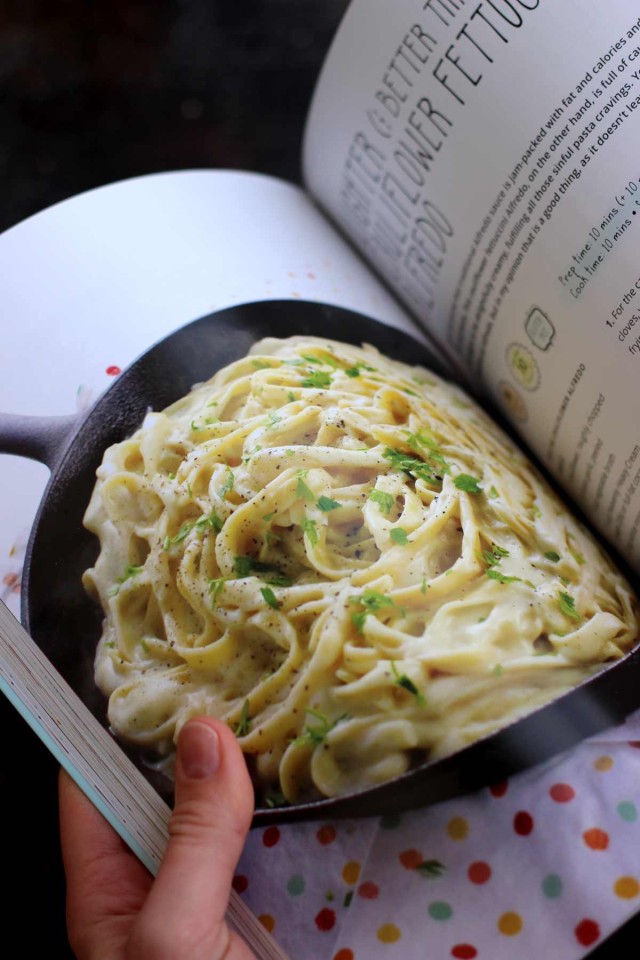 I was flipping through Sam’s book checking out all delicious vegan foods, while my husband was looking over my shoulder. When I came to peanut butter cookies, he said: “I want these. Right now!”

Then he went to the kitchen and made them! We both loved these cookies so much!

There is still a lot for me to try but I can already tell you that Sam’s Vegan Fettuccine Alfredo is to die for! You would never guess that it’s vegan! 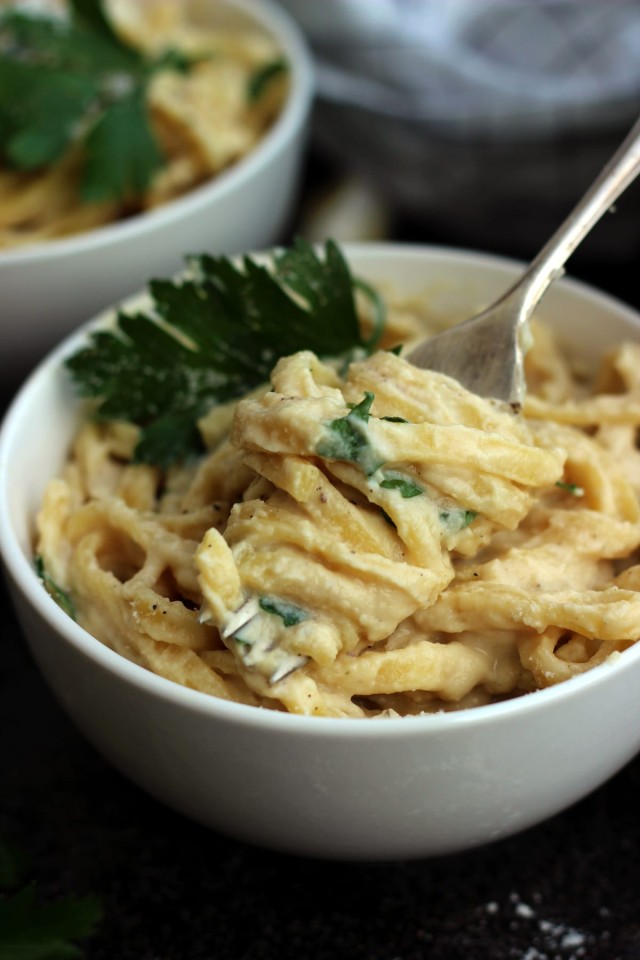 Just like my vegan mac’n’cheese, this vegan Alfredo has just the right amount of umami flavor while being nutrient-dense and 100% guilt-free! 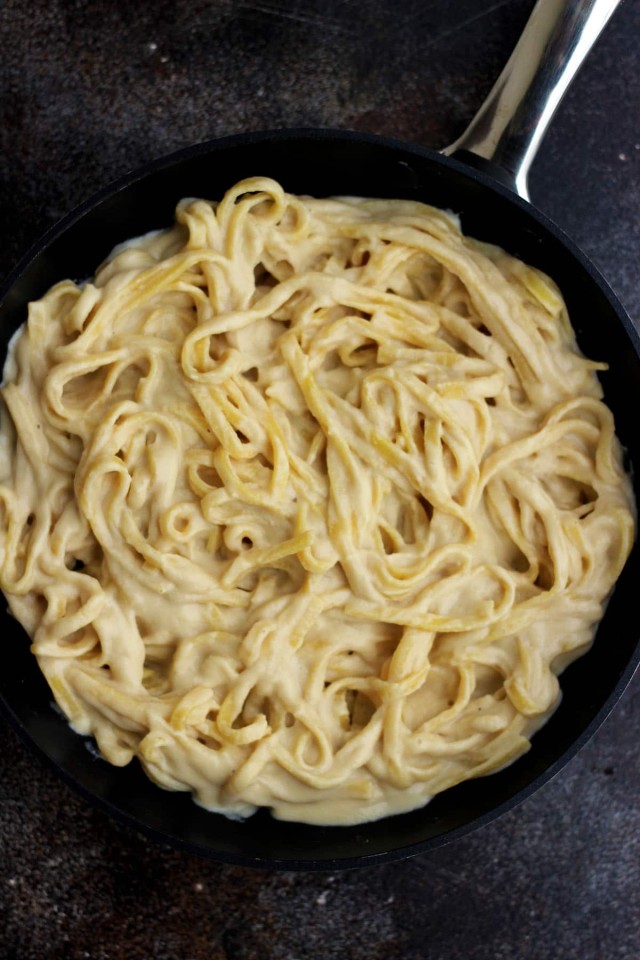 The secret ingredient here? I would say, cauliflower for the silkiness (if you tried my silky vegan cauliflower soup, you know what I mean), miso paste and nutritional yeast for the umami flavor and cashew creme for the rich dairy flavor. 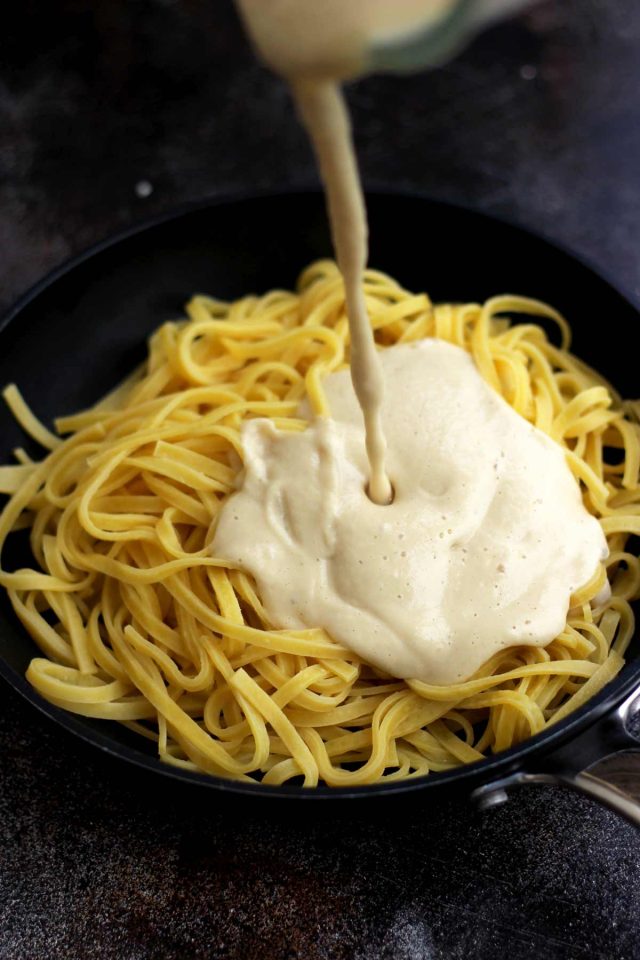 I made this awesome vegan fettuccine Alfredo to post on my blog, which usually requires a bigger batch. I had no regrets I doubled the amounts!

My husband was asking for more after two helpings and wanted to have it for lunch on the next day. Besides, we used the rest of the sauce as a dip for raw veggies.

This vegan Alfredo sauce is incredibly delicious and versatile too.

How to Make Vegan Fettuccine Alfredo

The traditional fettuccine Alfredo is packed with fats while lacking in nutrients. The vegan version is just as delicious as the traditional one (maybe even more!) but it is much more nutritious as it has veggies and nuts sneaked into it. 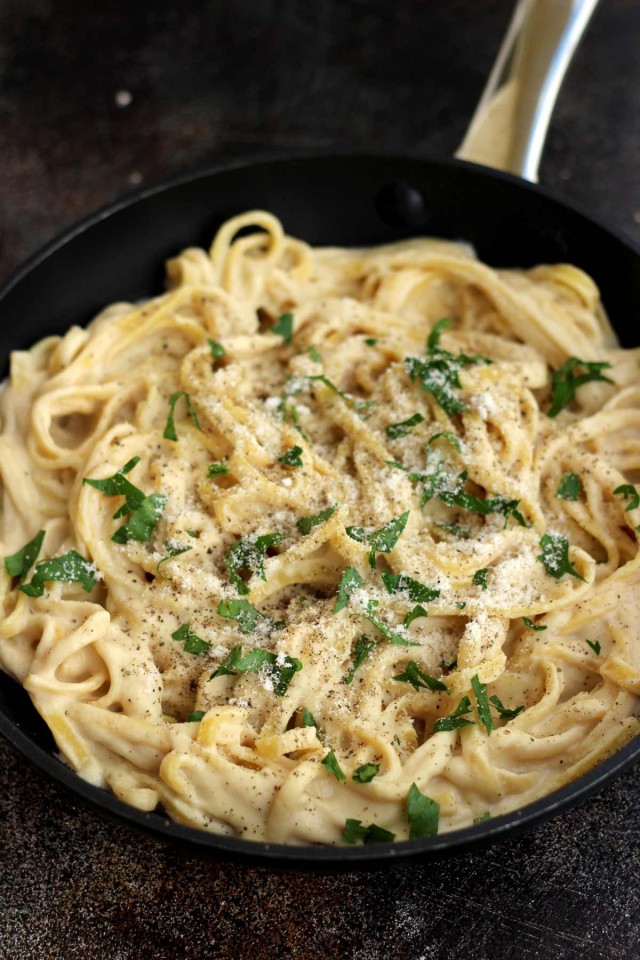 To make the vegan heavy cream, simply blend soaked cashews with the same amount of water in a blender. You can use it for savory and sweet dishes. 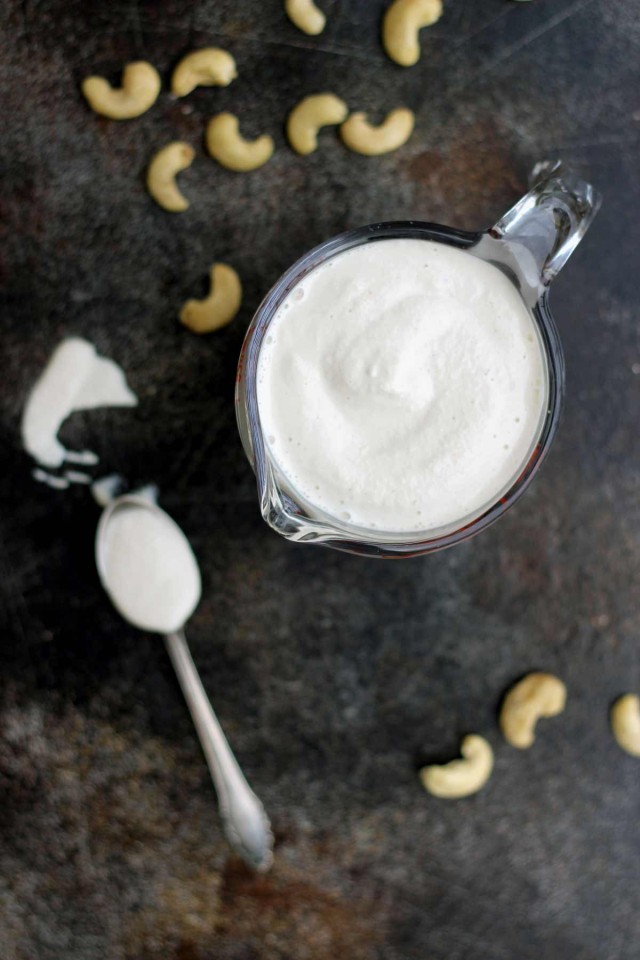 As for the vegan Parmesan, you’ll need roughly same amounts of cashews, macadamia and nutritional yeast and a bit of salt. Pulse it in a blender until you like the consistency.

Store it in the fridge and use for pasta, soups, stews, salad, pizza and casseroles. Spend 5 minutes on making it and enjoy it for up to a month refrigerated!

Once you’ve prepped these two lovely staples, it’s time to start with the sauce.

Roughly chop cauliflower, put it to a large skillet together with garlic, vegetable broth and heavy cream (or coconut milk if preferred) and bring to a boil. Cook for about 10 minutes or until tender. 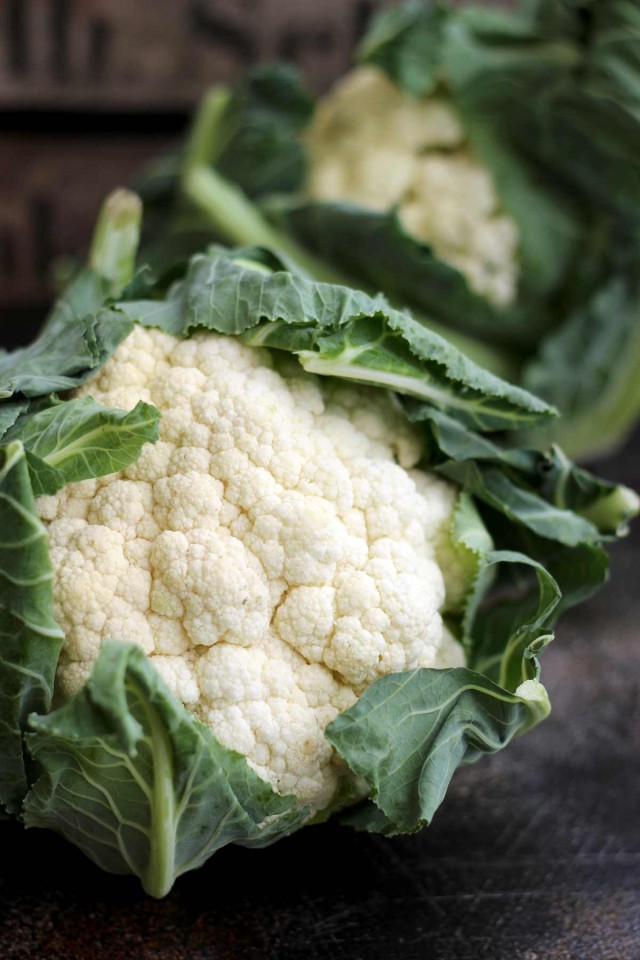 Meanwhile, cook your fettuccine (it can be linguine, tagliatelle, papardelle or even spaghetti if you don’t have fettuccine at hand) according to the package directions, and drain. 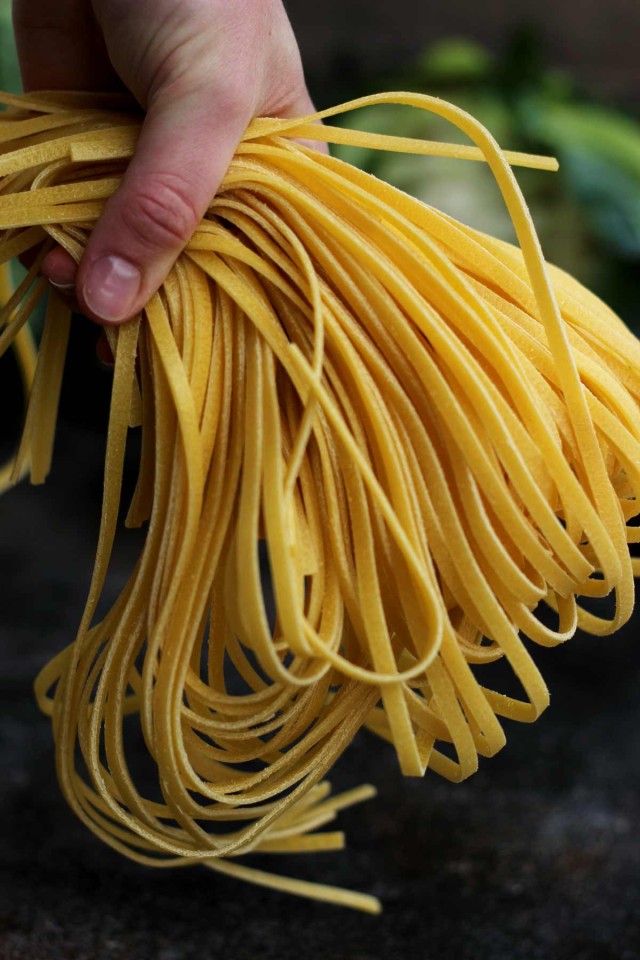 Once the cauliflower is tender, blend it together with the cooking liquid, adding miso paste and salt to taste. Return it to the skillet and add pasta.

Toss to heat through and garnish with vegan Parmesan, parsley and freshly ground black pepper. 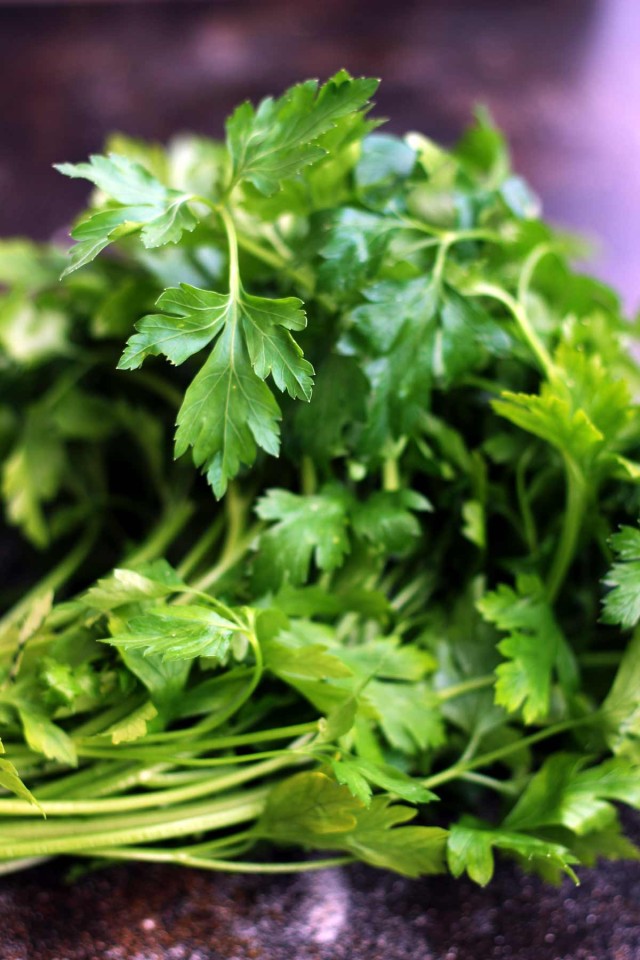 Check the full recipe for this vegan Alfredo pasta below and enjoy your new favorite pasta dinner! 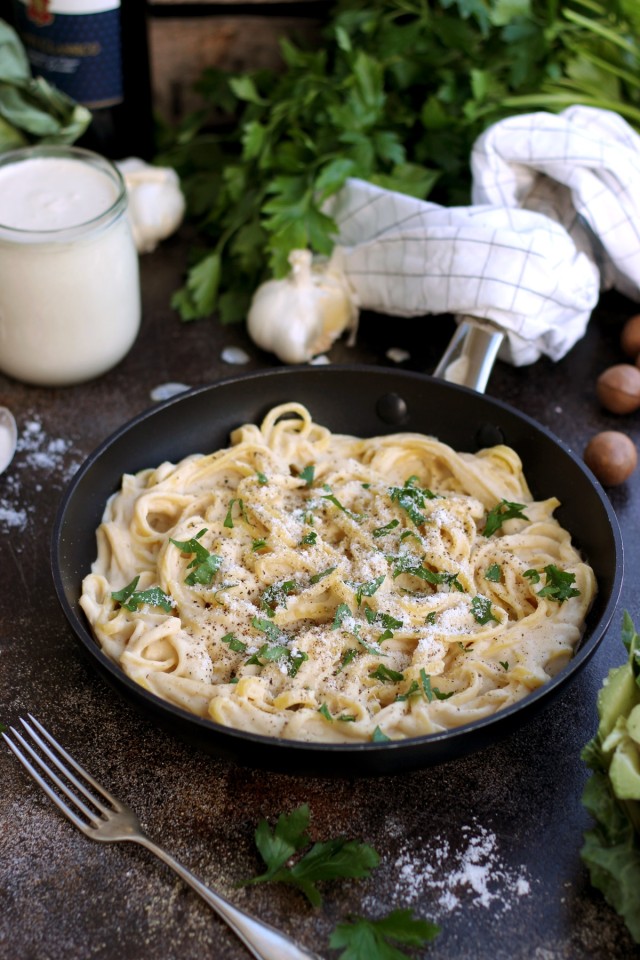 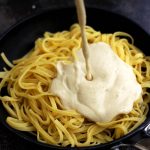 For the Cauliflower Alfredo Sauce: 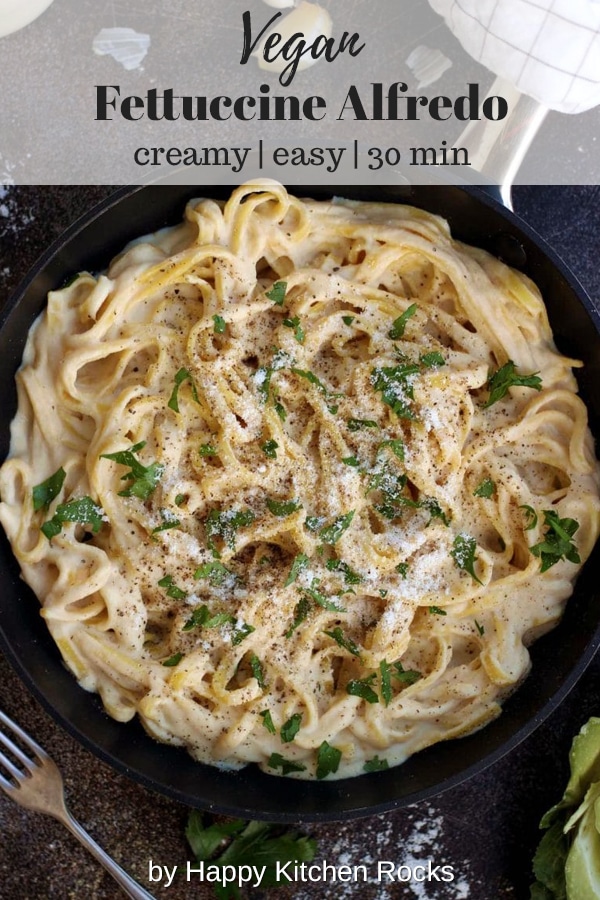 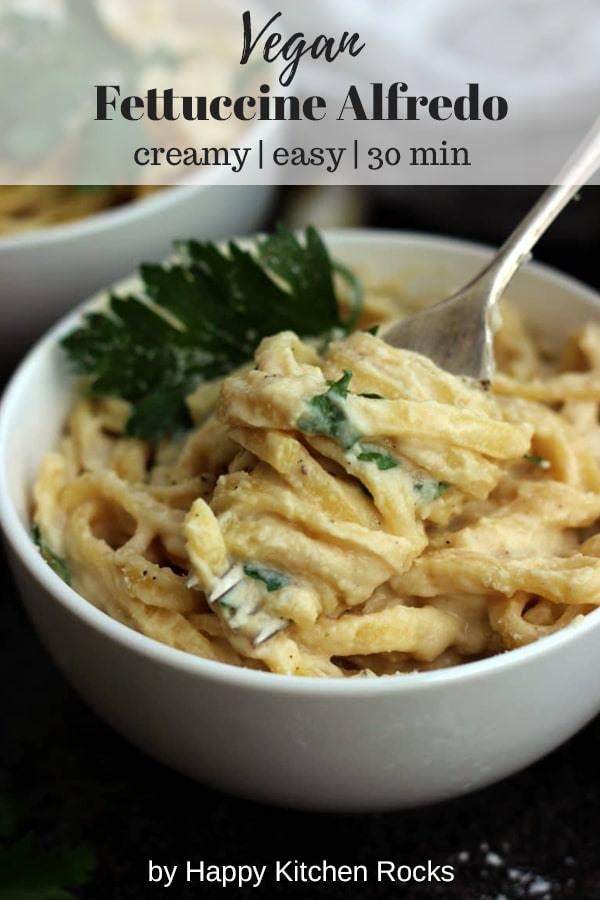 I cant wait to try it.But where did u use the macadamias?is it in place of the cashews?

Hey Judy, macadamias are used for vegan Parmesan to sprinkle with in the end. It is optional nut highly recommended ;) Hope you enjoy this recipe! Please let me know how it turned out. Cheers!

Thank you Helena! That's true, it is hard to believe that pasta that creamy can be vegan!

Is the miso paste necessary or can it be replaced with something? I can't have too much sodium and miso paste (and soy sauce ugh) seems to have a lot of it

Hi Jacquelyn, I would just more nutritional yeast. The flavor will be slightly different but it will cut off the sodium. Hope it helps!

Wow, this pasta looks delicious! I'm not a huge cauliflower person, but I totally want to try this dish out. Perhaps I'll make it for my family the next time I'm visiting at my parents' house!

Hi Nicole, I totally get you on this - cauliflower is not my favorite vegetable either. The thing is, you won't even taste it here! If you try this recipe, I would love to hear your feedback. Thank you for stopping by!